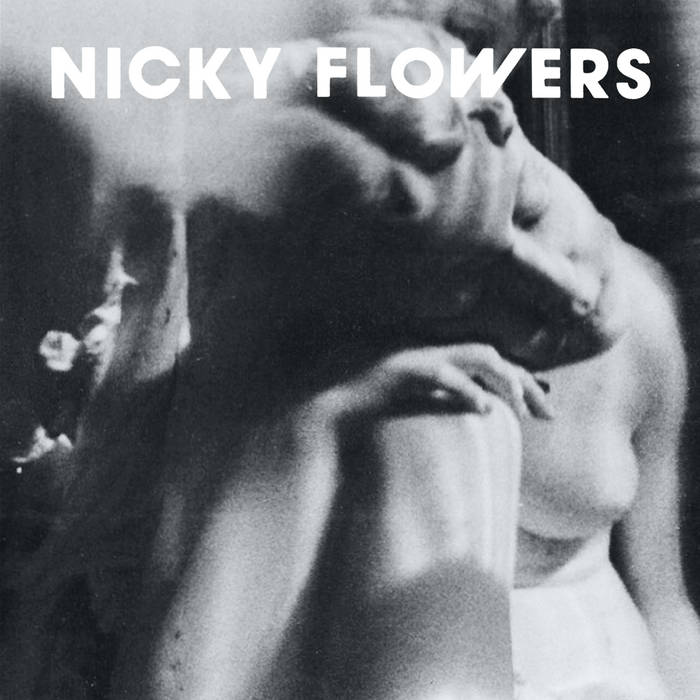 a-way its some chill synthwave type sutff, idk shit about genre...its good listen to it. buy it Favorite track: Omnifeel.

Chelsea Rose Ohhhhhhhhh I love it it's like it takes you on little journey meandering down a smooth funky freeway Favorite track: Erosion.

shel I love this track it's so smooth Favorite track: Couchsurfin' U.S.A..

Dreamy, creamy, and steamy- it's the only album worthy enough to call itself Nicky Flowers.

Produced in bed in terrible apartments all across this terrible country we call America, Nicky Flowers is the epitome of the Nicky Flowers sound we've all fallen in love with ever since they hit the scene with their Wii Shop Channel remix.

Here's what people are saying about Nicky Flowers:

"While Flowers’ work is cohesive, it never becomes monotonous... 'Nicky Flowers' deserves to be heard, because as soon as you hear it, you’ll want to hear more." - Matt Keely (kittysneezes.com/nicky-flowers/)

"make you wanna sad-dance. make you feel like a party skeleton trapped in a defunct cabinet game. make you wanna wear a sad mime outfit and graffiti your dad's house." - Brushy (twitter.com/brushykb/status/1060656024141656067)

Find it on Spotify, Apple Music, the Google one and uhh all the other ones I guess!

released in the winter of 2018 by neo-detritus
find us online: neodetrit.us

They make all their songs in bed. They wear two watches and plan on wearing a third.

Bandcamp Daily  your guide to the world of Bandcamp